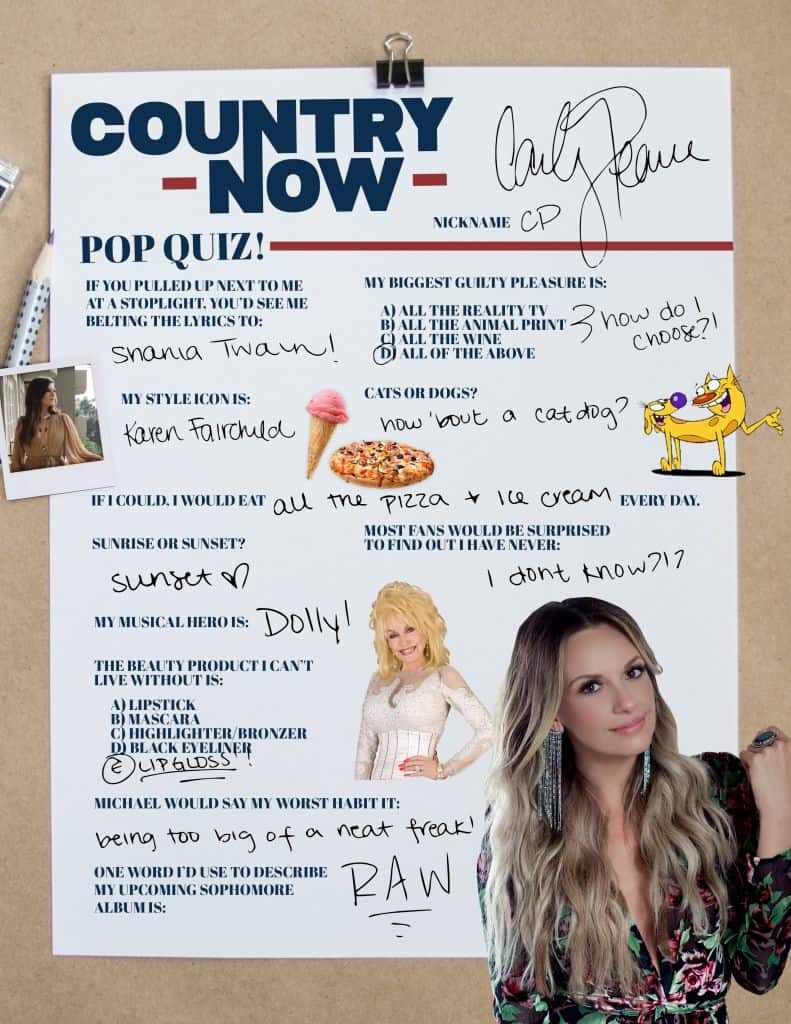 Since Carly Pearce hit the music scene in 2017, she has gone on to become one of modern country music’s most treasured voices. Her fresh take on traditional country has captured the hearts of fans far and wide and she’s only just getting started.

The Kentucky native will continue to forge her path in country music with the release of her much anticipated sophomore album, on February 14. The self-titled project finds the budding superstar revealing more of her personal story, recounting life after heartbreak as well as exploring a new relationship and ultimately finding true love. 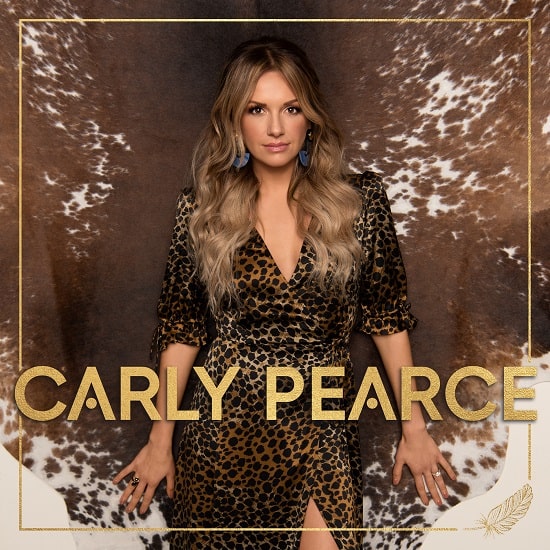 Pearce previously shared that this record includes some of her most “honest, real and raw songs” to date, and judging by the pre-released tracks, she wasn’t kidding.

We caught up with Pearce ahead of the release of her new album and she completed the Country Now Pop Quiz, revealing a few fun facts about herself.

Who is her style icon? What is her biggest guilty pleasure? How would she describe her new album in one word? Check out the Pop Quiz above to find out!

The Profile: A Supportive Team and Special Set of Circumstances Led Jake Owen to His ‘Homemade’ Hit