Dierks Bentley has spent much of his summer on the road, taking his massive Burning Man Tour to cities across the United States.

On Saturday (Aug. 17), the superstar’s massive summer tour rolled through the BB&T Pavilion in Camden, New Jersey where he and special guests Jon Pardi, Tenille Townes and Hot Country Knights delivered a show full of energy and surprises.

Bentley’s headlining set featured a whopping 19 songs, spanning his entire catalog. Highlights included a chill-inducing sing-a-long of “I Hold On,” a rowdy rendition of “5-1-5-0” and a performance of “Come A Little Closer” on the b-stage, which gave those in the back a front-row seat.

Embracing the theme of his current hit single, “Living,” Bentley made the most of his time in the neighboring city of Philadelphia while he was in town. After visiting with patients and their families at Children’s Hospital of Philadelphia, Bentley played “full-on Philadelphia tourist,” taking in everything “The City of Brotherly Love” has to offer.

“I went to visit an old buddy, Ben Franklin,” Bentley jokingly shared with the crowd, adding, “[I] went to the Ben Franklin Institute and then his house on Market Street. What was pretty cool in the Ben Franklin Museum, Ben Franklin kept tally of how much he drank in a month and he marked it down and let me tell you, it made me feel a lot better about my alcohol consumption.”

The Arizona native also visited the Museum of the American Revolution and stopped to get a “quality cheesesteak” before returning to the venue for the show. He told fans his adventure in the big city inspired him to sing “Home.” He dedicated the anthemic song to a Navy Seal who joined him on stage for the emotional moment.

Bentley’s set also included surprise appearances by his tourmates Pardi and Townes, with Pardi joining Bentley for his 2012 debut single, “Missin’ You Crazy,” and Townes taking the stage for a fun cover of Shania Twain’s “Man, I Feel Like A Woman.”

“All my years in honkytonks and playing shows, I’d never thought I’d say this but… “Let’s go boys,” Bentley said with a laugh.

Earlier in the evening, Pardi got fans on their feet with hits like “Heartache On The Dance Floor” and “Dirt On My Boots,” while Townes wow’ed fans with her powerful pipes.

DJ Aydamn was also on hand to entertain the crowd between set changes.

Check out our exclusive photos from the show below. 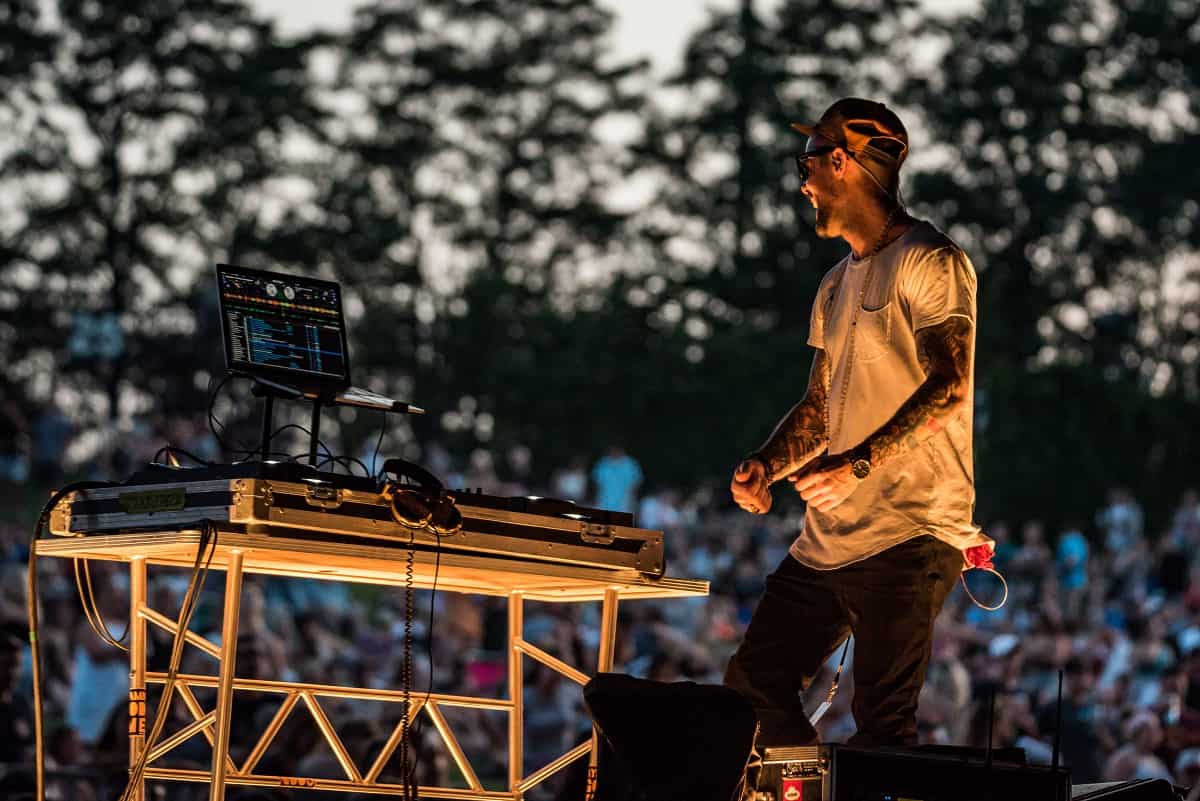 The Profile: Gabby Barrett’s Big Year – The Singer Talks ‘Goldmine,’ Her Next Single and the Continuing Success of ‘I Hope’